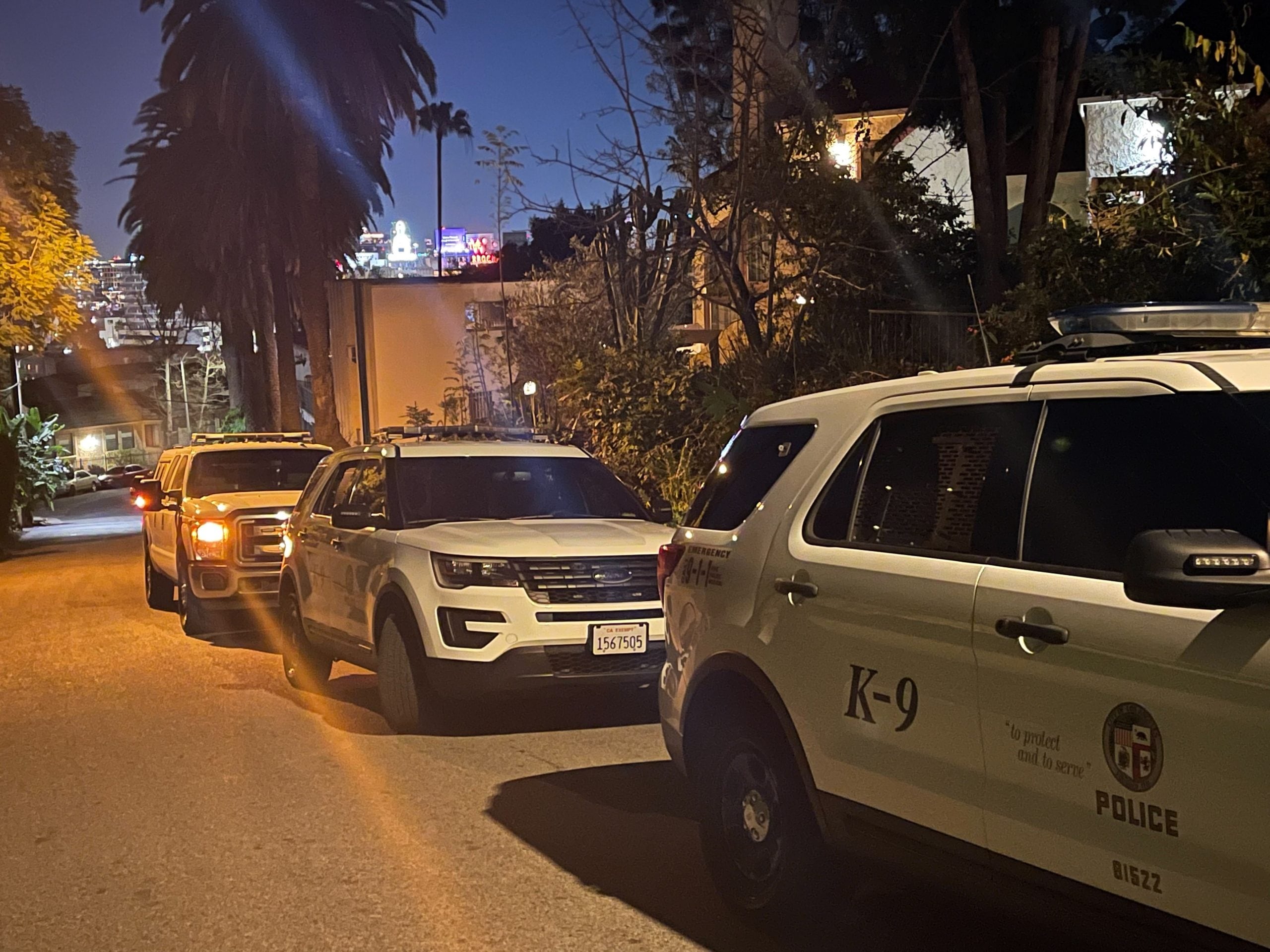 LAPD Officers observed car of suspects casing a business in Hollywood Division.  When the officers attempted to stop the car and investigate, they fled.  The suspects drove with wonton disregard for public safety through four LAPD Divisions.  Finally, the driver ditched the car and ran into the homes in Hollywood Heights.  The passenger escaped.  The officers set a curvaceous perimeter in the hills to contain the driver.  Then K9, was requested  to find the remaining rogue.  While K9 responded, the crook  broke into a house trying to avoid apprehension.  The panicked pajama-clad resident alerted police. The chase continued.

K9 deployed two teams to systematically search.  The frenzied suspect jumped from palacious yard to palacious yard using the lush foliage as camouflage.  The search teams, along with the airship, constricted the containment around the hoodlum.   K9-8 Kniss and K9 Frankie nicked the suspect hiding in a hedge. 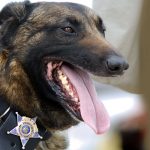 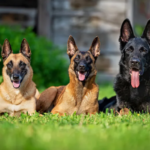 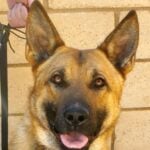 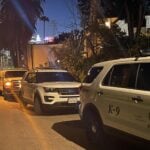