At approximately 10:00 a.m. on January 1, 2016 7 members of the LAPD Metro K9 Platoon and K9 Edo (now retired) developed a plan of action to rescue two hostages who had been shot and were being held by a suspect who was responsible for a series of armed robberies and a homicide.

As the team approached the location they were met by gunfire through the door. Utilizing a ballistic shield for cover, the team breached the door and made entry. K9 Edo went in followed by the K9 officers and one Sgt. K9 Edo immediately went towards the hostages, but quickly turned to an adjoining room. The officers heard a single gunshot, and located the suspect, who K9 Edo had a taken a bite hold of. K9 Edo pulled the suspect who had self inflicted and exposed the suspect’s weapon. The officers provided aid to the two hostages until paramedics arrived. Both survived. For their acts of bravery, the K9 Platoon Officers and Sgt were awarded the Department’s highest award, the Medal of Valor, and K9 Edo was awarded the LAPD Hero award. OUTSTANDING work folks and K9 Edo! #LAPDK9 – 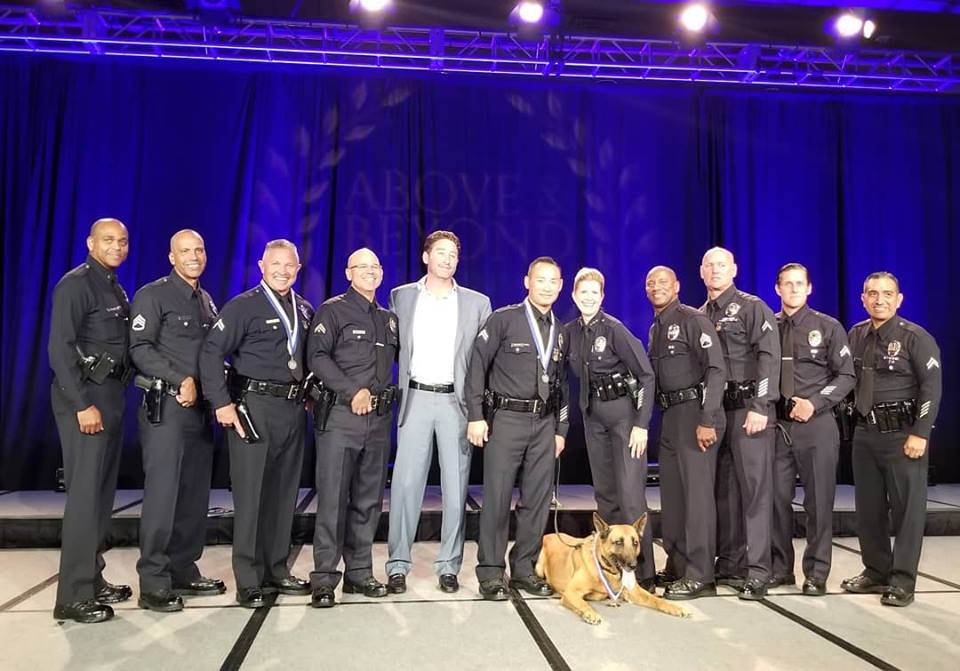 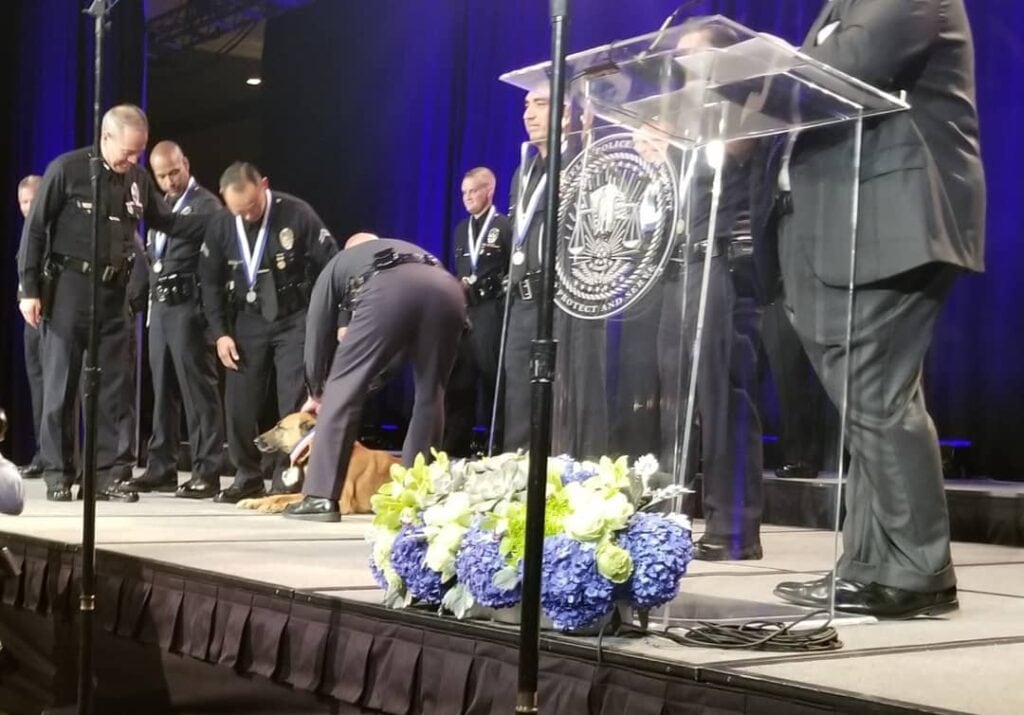 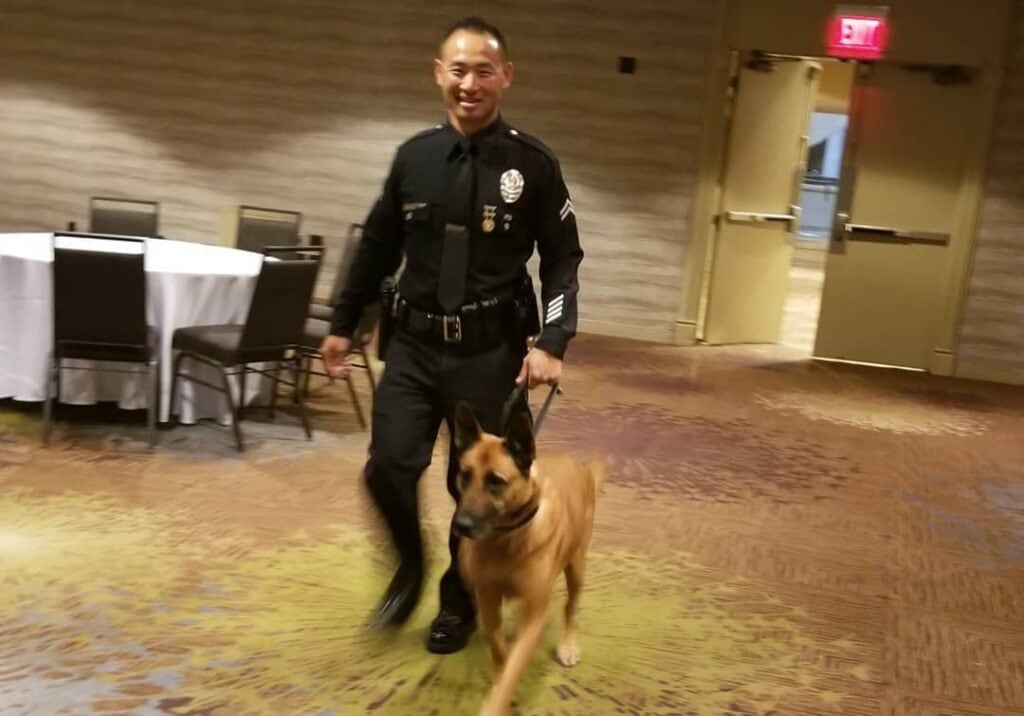